Our personal touch is what sets us apart. In addition to carefully conducting background screenings, each of our home care professionals is handpicked because of their expertise and experience in their respective fields. Amerihealth prides itself in the art of matching compassionate care givers with clients in an effort to provide personalized care based on the unique physical and emotional needs of each person. Whether your needs are temporary or long-term our professional care services are offered in your home, hospital, living facilities or recovery place of choice 24 hours daily, every day of the week.

Amerihealth Home Care Agency is dedicated to providing comprehensive quality patient and family centered care in the patient’s/client’s place of residence. Amerihealth strives to provide services in a manner that personifies the highest level of honesty, professionalism and integrity. The products and services provided by AmeriHealth are sensitive to the physical, emotional and spiritual needs of our clients, their caregivers and family members. Amerihealth is committed to conducting its business in compliance with the letter and spirit of all applicable Federal, State and local laws, regulations, standards and guidelines

Our mission is to deliver quality services with the highest level of standards possible in providing care to those who once cared for us.

We accept the following Insurances: 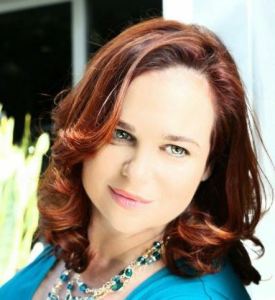 Marisa Alvarez Martinez is the proud owner of Amerihealth Home Care Agency in Miami Florida. Her zeal for entrepreneurism began at an early age as she spent countless summers learning the importance of hard work while working under the tutelage of her Father’s successful air conditioning business. Recognizing the undeniable talent of their daughter and her strong desire to succeed, Marisa’s parents invested in her education by sending her to Gulliver Preparatory High school where she graduated with honors. Next, she continued her education by earning a degree in Business Administration from Florida International University where she also graduated with honors. Additionally, Marisa is a results-oriented professional with an impressive career in her 15 plus years in corporate America. Marisa made a mark specifically in the competitive pharmaceutical industry of Dermatology and Aesthetic divisions for some of the world leaders in these industries such as Sanofi-Aventis. She consistently demonstrated strong leadership and relentlessly exceeded expectations in every position throughout her impressive management and marketing career. After experiencing consistent success in corporate America she realized that she wanted more and began looking for opportunities to make a difference in the lives of people. This was confirmed when her 87 year old grandmother became ill and the family recognized that they needed help with her care. The task of locating a trusted caregiver became critical and proved challenging. After making several attempts to find the right caregiver they could trust, Marisa recognized that there was a serious need in the Miami community for compassionate and trusting caregivers that families could count on. Out of her own family’s health crisis, the inspiration was birthed in Marisa’s heart to start Amerihealth in 2007. Her desire was to make a difference in her own life and more specifically in the lives of the elderly population which today has become a reality. Today Marisa’s grandmother is Amerihealth’s “Cover Girl” as she is featured on the brochures and website as a constant reminder of Marisa’s original inspiration for her business. Her proudest accomplishment is being a mother of three lovely daughters, Sabrina, Gabriella and Abigail. Marisa hopes that her daughters when ready, will one day continue her legacy of “helping others”.

Amerihealth Home Care Agency is a proud member of: